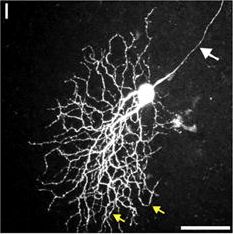 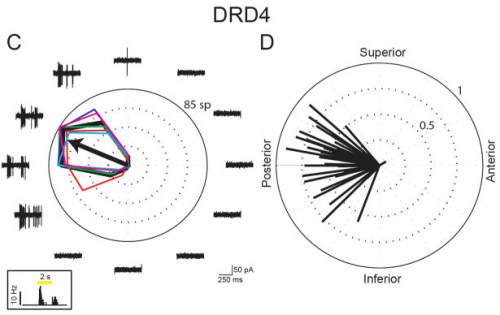 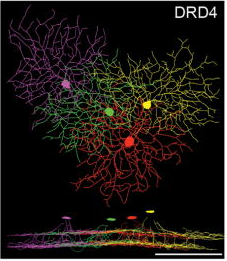 Mosaic of four DRD4-RGCs. Bistratification of dendrites can be seen below. Scale= 100um. Image adapted from Rivlin-Etzion et al., 2011 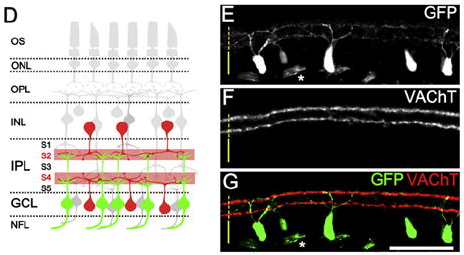