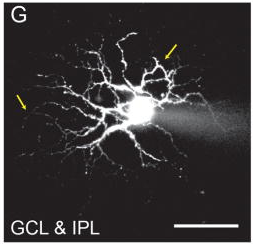 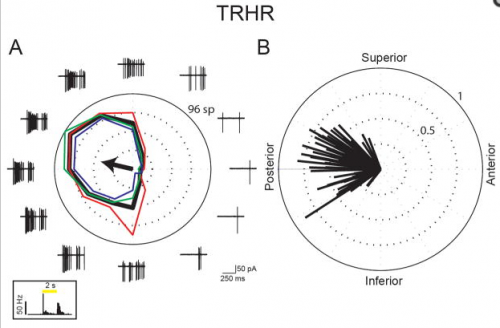 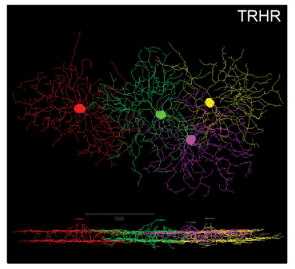 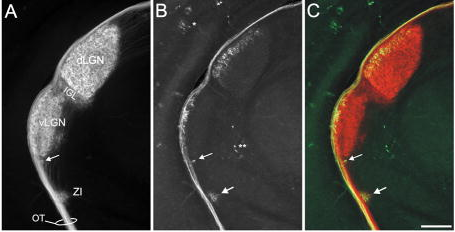 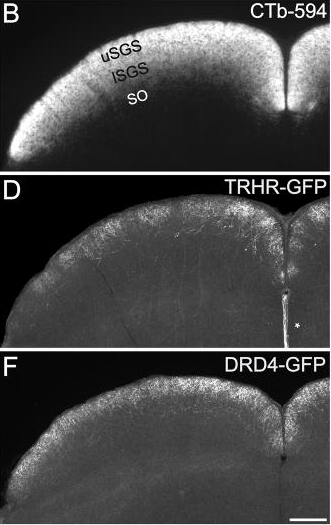 TRHR-RGC axons terminate in a clear laminar distribution throughout the upper stratum griseum superficialis (uSGS). B. RGC axons labeled with CTb-594. D. Axons of TRHR-RGCs terminate in the lSGS in clumps. F. Axons of DRD4-RGCs also terminate in the uSGS, although in a more uniform fashion. Scale = 250um. Image adapted from Rivlin-Etzion et al., 2011 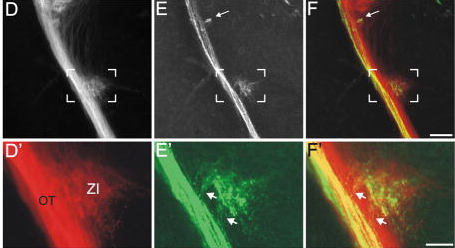