The redder the segment, the lower it's confidence. The Parent cube (yellow touching the seed) and the Children (the other 3 yellow pieces outside the cube) are also shown. 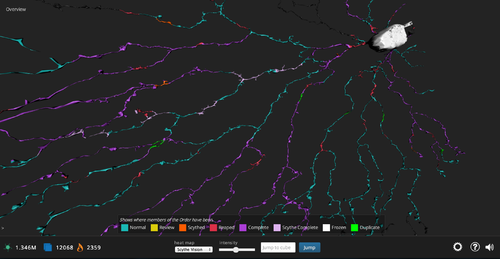