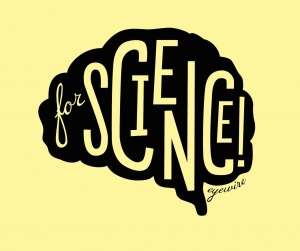 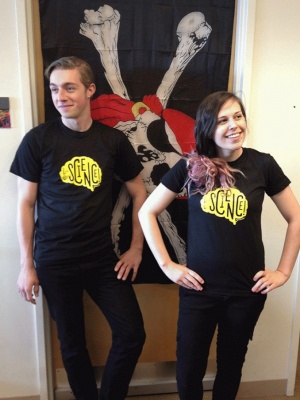 Here in the EyeWire lab, we aim to go a step beyond the NIH initiative: our challenge is to understand not only re­gional connections in the brain, but the connections be­tween individual neurons. Our first effort involves trac­ing the connections in the retina by analyzing images ac­quired using serial electron microscopy at the Max Planck Institute for Medical Research in Heidelberg, Germany. In order to accomplish this, we have formed a diverse team of scientists, software engineers, artists and social net­working experts, and have together created EyeWire!

Sebastian Seung is a Korean American multi-disciplinary ex­pert whose research efforts have spanned the fields of neu­roscience, physics and bioinformatics. Dr Seung is Professor of Computational Neuroscience in the Department of Brain and Cognitive Sciences and the Department of Physics at the Massachusetts Institute of Technology. He studied theoretical physics with David Nelson at Harvard University and com­pleted postdoctoral training with Haim Sompolinsky at the Hebrew University of Jerusalem. Before joining the MIT fac­ulty, he was a member of the Theoretical Physics Department at Bell Laboratories. He has been a Packard Fellow, Sloan Fellow, McKnight Scholar, Howard Hughes investigator, and PopTech Science Fellow. Dr Seung directs the scientific programs of WiredDifferently, an organzation that supports citizen neuroscience. Its first project is Eye Wire, which mobilizes volunteers to map the retinal connectome. The ultimate goal of WiredDifferently is to test the hypothesis that the uniqueness of a person, from memories to mental disorders, lies in his or her connectome. His research has been communicated to the general public by the TED talk"I am my connectome", book Connectome: How the Brain's Wiring Makes Us Who We Are, and article Connectomics: Tracing the Wires of the Brain.

Will and Katya work tirelessly on EyeWire. All of the software for the site was the product of years of work from our developers, previously including Matt aka echo. Today, they are working to improve the efficiency and user experience with the website by continuing to work on both the UI/UX and software on the EyeWire site.

Currently, Uygar, Aleks, Kisuk, Ashwin, Talmo and Matt are working to improve the segmentation of neural structures in EM images. One means of doing this involves comparing the efficiency of convolutional neural networks with that of more classical algorithms. The ultimate goal is to optimize automation of EM image analysis. Jinseop is EyeWIre's lead neuroscience postdoc. 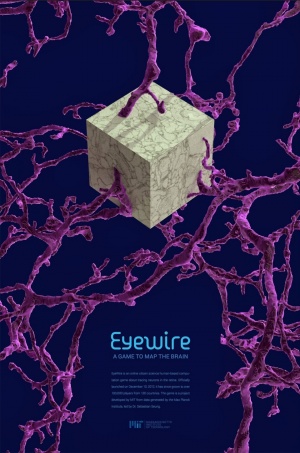 Alex, Beth and Sam lead design and animation at EyeWire. They are responsible for our many gorgeous images, movies, posters, UI/UX design and even the EyeWire Swag Shop. We couldn't have won the National Science Foundation's International Visualization Challenge without them.

Eventually we'd like to automate analysis of SEM image sets, unfortunately that's not yet possible. As a result, we have a number of advanced tracers in the lab who use software developed in the lab (affecionately referred to as "Omni" - derived from connectOMe) to trace the branches of retinal neurons and ganglion cells. Think of it like EyeWirer's much bigger brother.

Claire work on spreading EyeWire to students. Claire taught a MOSTEC class in 2012. The class introduced neuroscience and connectomics to 24 high school students from underserved communities nation-wide. She is now creating an edX course on the neuroscience of vision.