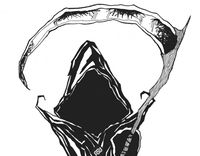 Little is known about the fabled and feared GrimReaper, the greatest bounty hunter in all of EyeWire. While it has never been viewed by any Player, the rumors abound about this force of science that allows our neurons to grow and thrive.

While the GrimReaper has never been seen in the flesh (if it even has flesh) at times its presence can be felt by Players who congregate in the EyeWire chat. Players have reported feeling a bone chilling breeze and a sense of awe laced with a touch of doom in the minutes that precede the Reaper’s appearances.

The GrimReaper has little patience for rouge mergers and seeks to eliminate them at any cost. Any misbehaved cell will be struck by a deadly, paralyzing fear once the GrimReaper even lays one boney, cursored finger upon it’s intruding neurites.

The GrimReaper is unmatched when it comes to destroying villainous mergers. However, Reaping is a grueling task, which is why the Reaper has been known to employee a few minions... err... ”assistants” to do its bidding... help it out. In its heyday, the GrimReaper was known to award its minions, ahem, assistants with 100 lb bars of pure gold. However, due to hard times and a particularly nasty run-in with a nefarious bi-polar cell, the Reaper now hands out generous helpings of pure, whole integer points to those who are able and willing to lend a hand.