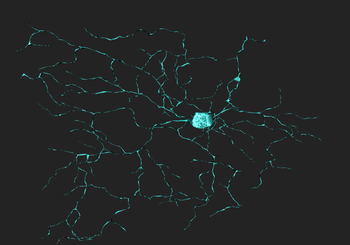 Retinal ganglion cells (RGCs) are the cells which are responsible for transferring information from the eye to the brain. These cells come with distinct functional signature, size, and morphology, and their dendritic arbors have been shown to be confined to specific sublayers of the inner plexiform layer (IPL) of the retina. However, despite this heterogeneity in structure, connectivity and function, to this point, many studies on the development of the visual system and its pathways have regarded all RGC's as being part of a single group. Studies are now emerging that show that different subclasses of RGC's are maximally responsive to particular visual features, and that they arborize selectively within particular layers of the IPL. The number of RGC subtypes and the extent to which they differ from one another remains to be seen, but based upon studies on dendritic morphology, it is estimated that, in mammals, there are approximately 20 subtypes of RCG's. 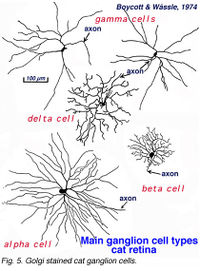