Bipolar Cell Type 2 (BC2) are one of five OFF bipolar cells in the retina. They stratify in the OFF sublamina in the inner plexiform layer (IPL). BC2s are in contact with at least one or two cone pedicles, and They can be distinguished from other bipolar cells with their expression of recoverin and a type II cadherin, cdh8 (Havercamp et al., 2003, Duan et al., 2014).

There are several markers and transgenes that can be used to label BC2s, although not all of them are selective. 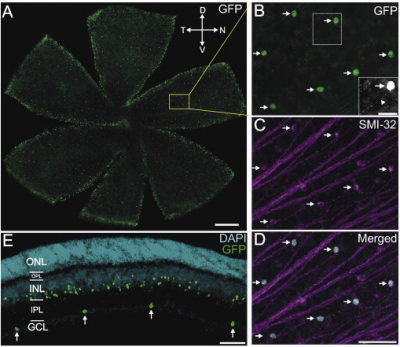