Difference between revisions of "Amacrine Cell/ko" 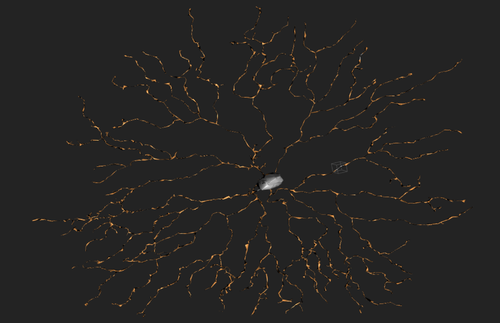 Amacrine cells are interesting biophysically in that they operate using both sodium-mediated action potentials and sodium-independent graded potential changes. This has been shown in inhibitory (i.e., GABAergic/glycinergic) amacrine cells[1], which make up the majority of amacrine cells, though it is unclear if this holds for all amacrine cells. 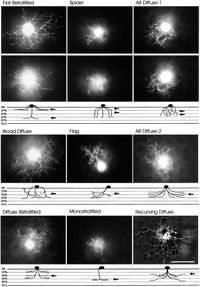 Two amacrine cells with distinctive shapes. They can be easily mapped to their respective class in the catalog.[3]